This is the perfect journey to cover the most popular historical and cultural treasures of Jordan. Discover the ancient and modern sites of the capital Amman. See some of the world’s most impressive sights on these private 8 days tour of Jordan. Ride a 4×4 through the Wadi Rum desert valley, swim in the Dead Sea & Aqaba, and visit the Ancient Roman ruins in Jerash, such as the Arch of Hadrian, the Temple of Artemis, and the Temple of Zeus and the ancient Nabataean city of Petra. 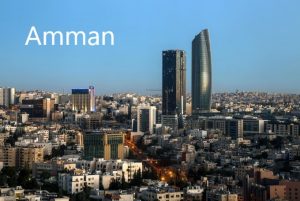 Day 1: Amman Airport – Hotel in Amman
Upon arrival, at Queen Alia International Airport. Transfer to the hotel in Amman. Overnight at the hotel.

Breakfast. Depart Amman visit the town of Ajlun with its fortress; one of the best-preserved examples of medieval Arab military architecture in the entire Middle East, which was once governed by Saladin. Enjoy the magnificent view of the Jordan Valley. Proceed to visit the Greco-Roman City of Jerash, also known as the City of the thousand columns. Jerash showcases the grandeur of Imperial Rome (and is sometimes referred to as the Pompeii of the East). It is considered one of the largest, and most well-preserved sites of Roman architecture in the World outside Italy. As the most pristine Decapolis City (meaning ten cities in Greek) in the modern world, Jerash’s prosperity can be admired in the colonnaded main street and lovely Oval Piazza. Return to Amman. Overnight at the hotel. 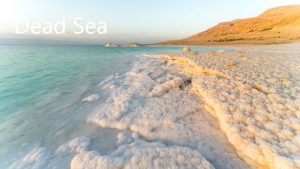 Breakfast. Departure to visit the ruins of the Amman Roman theater, the Citadel, and the Umayyad Palace. The tour includes visits to the Archaeological and Folklore Museums. Free time for walking/shopping in the old downtown area of the city. Transfer to the Dead Sea, the lowest point on Earth located 395 meters below sea level. Float in its unique salt-rich waters which make it nature’s natural spa. Free time at leisure. Overnight at the hotel. 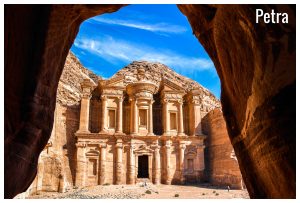 Day 4: Dead Sea Hotel – Petra Hotel
Breakfast. Depart the Dead Sea south to Petra for a full day visit of the city. We will start our journey to explore Petra, aptly described as the “rose-red city, half as old as time”. The ancient city was founded by the Nabateans 2000 years ago. Its massive architectural structure and its multicolored stones are an incredible attraction. The visit of the ancient Nabatean capital starts on horseback, followed by a walk through the Siq, a long narrow fissure between two overhanging cliffs. Towards the end of the Siq, you will be spellbound by Petra’s most famous monument, the Treasury. The tour then proceeds to gradually unfold the mysteries of the city. Overnight at the hotel.

Day 5: Petra Hotel – Wadi Rum jeep tour – Aqaba Hotel
In the morning we drive 1.5 hours southwards to the protected area of Wadi Rum, one of the most impressing desert landscapes in the world. Here still Bedouins live in a traditional way, and by 4×4 Jeep tour you discover canyons, sand dunes and Nabatean rock inscriptions. Then onto Aqaba at the Red Sea, where the rest of the day is free. Overnight in Aqaba. 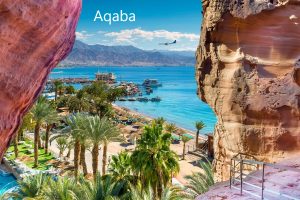 Day 6: Aqaba Hotel – Amman
Breakfast. Free day at leisure in Aqaba. Afternoon transfer back to Amman. Overnight at the hotel.

Day 7: Amman – Airport
Breakfast. Transfer to the airport for departure

·        06 Nights’ accommodation on BB basis . Subject to availability at the time of booking.

·        Entrance fees to all site mentioned on the program.

·        Visa and visa fees: Free of charge for group of 05 pax or more (5 passports or more) staying at least 48 hours in Jordan and sharing the same arrival and departure details; if above is not met, then US$ 30.00 per person for visa / at present.

*Children under 5 may join this tour for free

free cancellation for 24 hours after booking.

There are no reviews yet.

Hi! Click one of our member below to chat on Whatsapp